How to stop your church from failing at growth 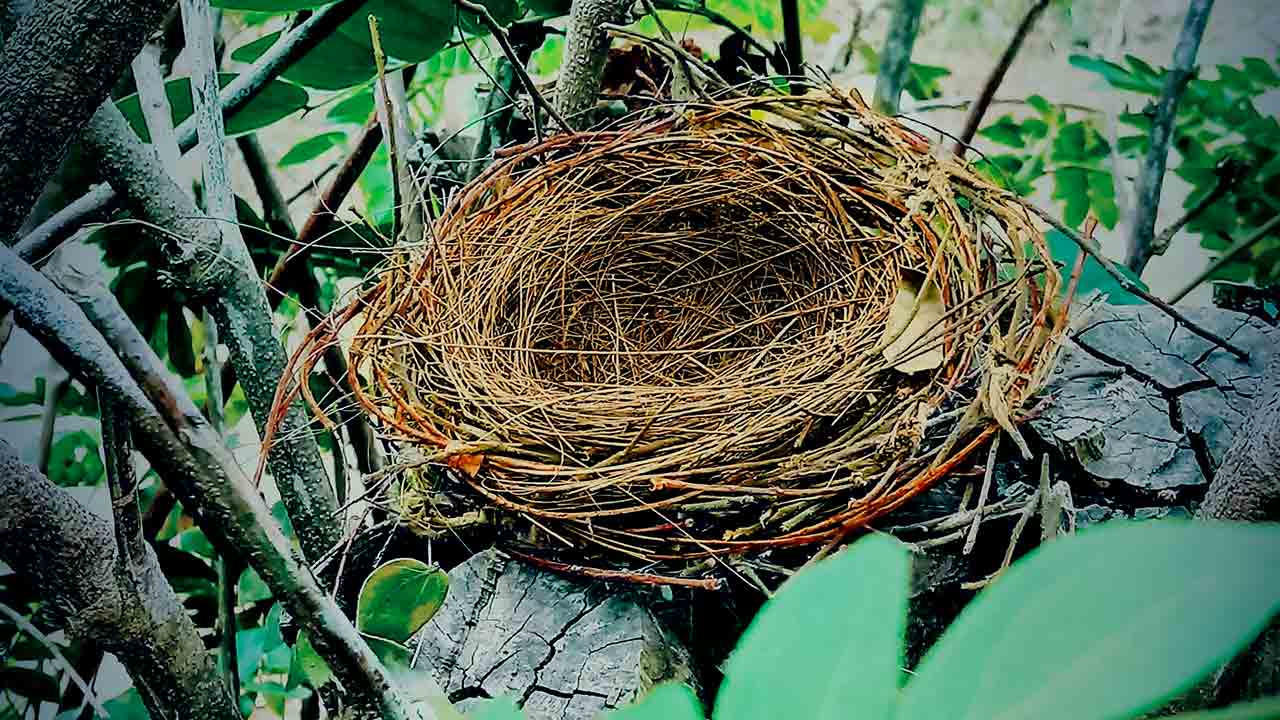 In a previous post I wrote about the 13 reasons why your church is drowning in emptiness. The first five were shyness-related excuses for why your congregation doesn’t reach out to newcomers. The final two reasons — six and seven — looked at how your lack of conversational skills can make things harder once you venture into talking to total strangers.

But there are deeper reasons your congregation doesn’t reach out. These are reasons at a congregational — or denominational — level that get in the way of taking the visitors in your sanctuary and turning them into friends.

Your church has drunk the cultural Kool-Aid

Some of the reasons for not connecting with newcomers to your service come from outside your church’s walls. These reasons are in your culture. They are so ingrained that you don’t lose them when you enter your church. Just as you probably wouldn’t begin an in-depth conversation with the people at the next table at the shopping mall food court, it seems beyond the pale to say anything to the first-time visitor at church.

So here are three ways your church is taking behavioral cues from your culture rather than setting the standard:

Kool-Aid flavor #1: “I don’t want to force my religion on anyone”

Here’s the truth: I’ve talked to lots of newcomers to our services and we rarely talk about religion. Does that make you feel more comfortable?

Friend, no one wants you to force anything on anybody. I’ve found that the only people who want to talk about religion after a service are young men in their 20s who think they have all the answers. Spare me from people who are just like I was when I was 20. (And please don’t send these guys on to your pastor, either. Let them waste only your time.)

On the other side of the coin though, is this: You are in a church. If you were in an airport, you would expect the odd conversation about airplane flights, wouldn’t you? You don’t have to get personal about religion, but don’t make it weird by never talking about the service.

You might try a question such as: “What brought you here today?” Your guests can take that wherever they want, depending on what they feel comfortable talking about.

Kool-Aid flavor #2: “We’re too Canadian/traditional/Anglican for all this friendly stuff”

(My apologies to Anglicans. You’re lovely people, really. Canadians, too.)

A friendly church seems rather … American. In fact, some have observed that Canadians are more polite, but less friendly than Americans. In Tennessee, say, you might actually get into a nice chat with people in the next booth while having your omelet at Denny’s.

But there are some places that are friendly — even in Canada. Do you have a family cottage at a lake in your experience? I do. I remember walking down the creek road and passing people coming the other way. I would say hello, and they would say hi back. Somehow the barriers to social connection seemed to relax a bit.

Well, going to church should be kind of like going to the lake — except without the flip-flops and beach towels. (Unless it’s Swimwear Sunday, of course.) There is a general code of conduct that is assumed when you’re in a church. People are thinking: “They’re going to be pleasant here. They’re not going to pry, but I can say things to someone if I need to.” Church is a space in which people can open up to each other.

Consider what you do with guests at your home:

The church is God’s house. And you’re the host here, so step up. God wants you to connect with people.

Kool-Aid flavor #3: “All this friendliness is manipulative”

Right you are: Being friendly to people in church is manipulative if you’re doing it for the wrong reason.

Why are you friendly to people in church? If you’re doing this to just grow your church — if you’re looking for more bodies to fill the pews, and you’re thinking about the increased financial health that more donors will give, and how successful you’ll feel with a growing congregation, then, yes, it is scheming.

But if you’re doing this because you believe that people should be welcome in God’s house, then, no, it’s not devious at all.

Your misplaced priorities are killing your church

In Canada and the United States, it’s easy to think of your church as a business.

Business is all over the place in our cultures. For example, wealthy business people are constantly in your news. Big tech firms are changing the way you live, and their stock prices crawl at the bottom of your TV screens. Your pastor might even dress like a banker.

So with all this implied adulation, you can be forgiven for wanting to emulate businesslike behavior in God’s house.

But your church is not a business, and your misplaced priorities are making your church experience no different than running errands on a Saturday afternoon. These are three excuses you use when you see your church as an enterprise rather than as God’s house.

Misplaced priority #1: “I’m too busy to talk to newcomers”

For some of us, Sunday morning at church is a time to get stuff done. It’s that chance to have a quick meeting after the service, to return the pie plate to so-and-so, or maybe to cast about for some people to be on a committee. I’m not saying it’s not a good idea, but save it for later after the newcomers leave.

Apart from worship, connecting with visitors has to be the most important thing you are doing on Sunday at church.

Yes, you may have to set up chairs, or fold bulletins, or tidy the sanctuary. Fine. Get there earlier to do that. Just keep the time 15 minutes before and after service free to connect with newcomers. Quit worshiping productivity and start being there for people.

Misplaced priority #2: “They’re not the demographic we’re going after”

Remember the saying, “people plan, and God laughs”? I’ve been in advertising long enough to take marketing predictions with a grain of salt. It’s tough to forecast whom a product will resonate with. In his book, Launch Starting a New Church from Scratch, Nelson Searcy notes that if someone is coming to your church and they’re not whom you were targeting in your head, you need to give God the benefit of the doubt and take that person’s visit seriously.

Think of Bubble Wrap. (It’s a trademark, thus the capitalization.) It was originally conceived in 1957 as … textured wallpaper. It failed at that. Still with the wall covering idea, the inventors then tried to promote it as greenhouse insulation. It failed there, too. Only when they gave up on the original notion and began to think of it in a new way — packing material — did it become a $4-billion-a-year hit.

So sure, you probably have a vision for your church. In your mind, your church is filled with a certain kind of people of a certain age and social class. God has other ideas. When you’re open to what God is doing in your church, you need to make yourself available to the people God is sending your way. You may be thinking wallpaper, but God is sending you $4-billion-a-year Bubble Wrap.

Misplaced priority #3: “New people are too much work”

It can be hard constantly meeting new people. No one ever says this. But it’s true nonetheless.

Remember when you were a kid and you could play with just anybody? Just like the cells in an embryo can become any body part before they specialize into kidneys, eyes, and bones, you personally have differentiated into a particular individual with certain likes, attitudes, and perceptions — which turns making new friends into more of a challenge. You have become a particular kind of glue that sticks to some people better than to others.

You may think it’s too much mental labor to make a new friend. So you find convenient excuses not to engage with newcomers such as:

And the friend-making muscles you had as a kid turn to mush.

Making a friend is work. In the beginning of a relationship, there are no downhill parts where you can go back to the long-running jokes you’ve built over years of knowing each other. It can get rather banal as you stick to the obvious topics like the local sports team or the weather.

And don’t forget the memory work. You need to learn peoples’ names and the names of important people in their lives — and remember them the next week, too.

But there are ways you can grow a relationship faster. When the moment is right, you can share a story about yourself. Or, confess to a personal foible that will show you’re a human being, too. In his book, The 2 a.m. Principle: Discover the Science of Adventure, Jon Levy talks about opening your life to the unknown. And an aspect of adventure is getting to know people faster. You might begin by asking a tiny favor — “Do you have a tissue?” or “Do you know what time it is?” — and then progress to larger favors. Connect with a visitor by asking them to mind your toddler for ten seconds while you look for your pen. Show visitors that you need them. Ask for their help in small ways and visitors will connect with you more.

Actions like these move visitors closer to you … and your church.

Or have you become too proud to beg?

Frankly, you need the newcomer’s help — and not in small ways either.

Will you admit that your church needs the newcomer?

All the church board meetings you attend, all the lofty resolutions you fight over, all the carefully worded emails you send to other church members mean nothing without a congregation.

If you ignore the week-in, week-out discipline of friend-making to grow your relationships that turn a newcomer’s attendance from “sometimes” to “weekly”, your congregation will continue to shrink.

In my mind’s eye, I’m imagining you, Dear Reader. You are a very capable person. You get things done, and you have very high standards. Sometimes your standards are so high, it’s easier to do things alone.

But you cannot be a congregation of one.

Click the button below to get your illustrated booklet: The “absolutely helpless” guide to putting your church service on Facebook Live.

The free, “easy-as-1-2-3” guide to a great Facebook Live service 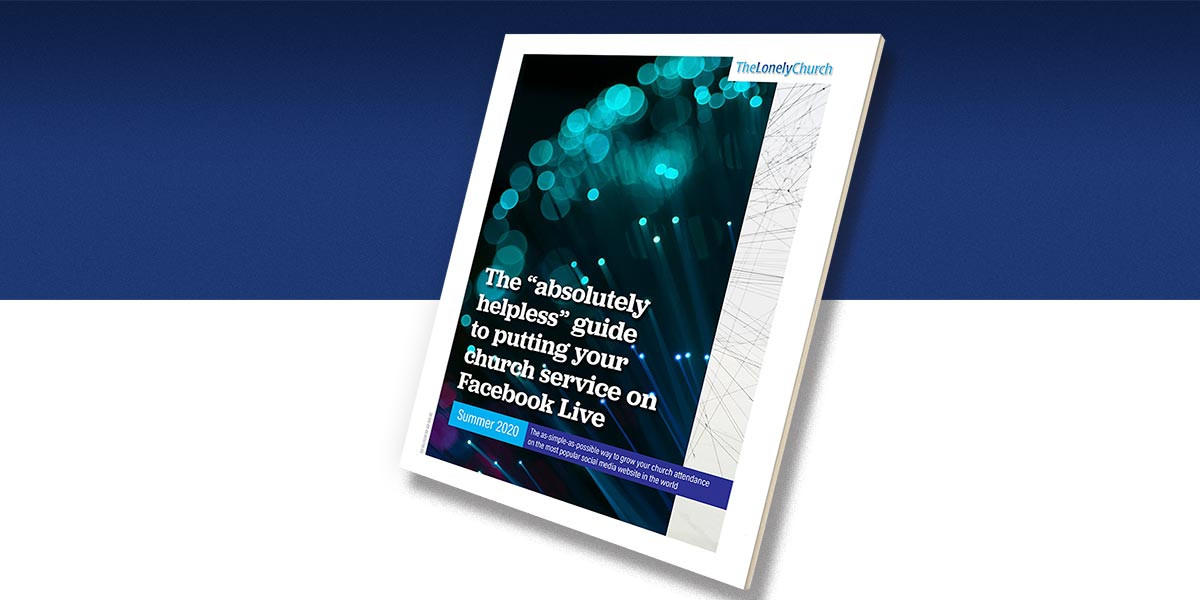 Here’s the straight line to using Facebook Live with The “absolutely helpless” guide to putting your church service on Facebook Live.